After 3 Ubuntu upgrades on my primary workhorse (a Lenovo Thinkpad z61t) I decided it was time for a fresh install to remove all the cruft. In the past I’ve always used 32 bit Ubuntu (even though my laptop is a 64 bit Core 2 duo) because of issues with the Flash plugin, Java plugin, and Skype. After backing up my files I bit the bullet and did a fresh install of 64 bit Ubuntu Intrepid Ibex and in the process also decided to give XFS a shot instead of EXT3 as my primary filesystem.

I’m pleased to say that after 3 hours I had the install done and all of my software installed and working including Jetbrains IDEA, Netbeans, Skype, VirtualBox, Flash plugin, Java plugin, Web Developer Toolbar, and Firebug. Apparently things have gotten a little better for 64 bit Linux over the past year and a half! However, I’m still running into odd issues every now and again related to both Sun’s 64 bit Java (IDE occasionally hangs) and the the Open JDK browser plugin which is still buggy. Hopefully future updates will help address these issues. Anyhow, I thought I’d throw out the links I used to get everything working:

8 months off to Mexico and back

October 4th, 2007 was my last day as the VP of Technology at GreatSchools when I handed the reigns over to Chris Pickslay so that Susan, Sequoia, and I could take off on our sailboat to Mexico for 6-12 months. It was a great 4 years leading the tech team at GreatSchools and I was sad to leave such a terrific job and group of people but both Susan and I were really feeling the itch for some adventure under sail. Our plan was to explore the Baja peninsula, mainland Mexico, and of course the lovely Sea of Cortez.
END_OF_DOCUMENT_TOKEN_TO_BE_REPLACED

Posted in Sailing, Travel | Comments Off on 8 months off to Mexico and back 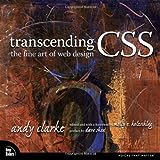 Working at GreatSchools we do a lot of CSS work and we have a number of CSS books on our library shelf. However, last month we picked up a copy of Transcending CSS and it’s far and away the most enlightening book on CSS I’ve read. We’re already changing the way we do our CSS for the better as a result.

Having worked with a lot of front-end END_OF_DOCUMENT_TOKEN_TO_BE_REPLACED

Update 6/14/2007: Dion Almaer has published a nice Javascript helper which makes working with spreadsheets much nicer, I’ve moved my stuff to it and it’s a big improvement over using the Google JSON api directly.

Publishing dynamic content on your website in a format that you can style with CSS has gotten a whole lot easier with Google’s simple JSON based Javascript API’s. The two I’ve found myself playing with lately are the Google Ajax Feed API for publishing RSS and Atom feeds and the Google Spreadsheet API
for publishing little snippets of text that should be easily editable.

Say you want a simple headline on your homepage that you can change daily. Here’s how you’d do it with the Google Spreadsheet API:

END_OF_DOCUMENT_TOKEN_TO_BE_REPLACED

Hello lazy web, I’m looking for some advice on caching proxy servers and thought you might have some good pointers!

We currently front our site with 3 caching proxy servers to offload static content from the web servers and we haven’t found the right solution yet. We’ve tried a number of solutions including Oops and Apache with mod_cache (which we’re currently running) but they are either missing a critical feature, have buggy caching behavior, or crash under heavy load. The main features I’m looking for are:
END_OF_DOCUMENT_TOKEN_TO_BE_REPLACED

I’m thrilled that GreatSchools has won the Webby People’s Voice Award for best Family/Parenting site. We’ve been in the nominations before but I think continued growth and brand awareness through a largely redesigned site helped push us over the top this year.
END_OF_DOCUMENT_TOKEN_TO_BE_REPLACED

Back at the end of 2005 I wrote a short post titled Cloaking, no need to be ashamed and now in 2007 even more big sites are practicing some form of search engine crawler targeted cloaking. Yet still most SEO’s will give you a blanket answer and tell you to avoid cloaking so you don’t get delisted. I take a more pragmatic view and experience has taught me that certain forms of cloaking can be good!
END_OF_DOCUMENT_TOKEN_TO_BE_REPLACED

My good friends in the east bay have just debuted their new Ruby on Rails based site Bandega :: never miss a show again! If you’re a San Francisco Bay Area resident that loves indie rock and wants to keep track of your favorite bands swing by Bandega and check them out!

Update 2/5/07: I’ve since discovered five plugins that address this very problem with slightly different approaches (the latter two store a permalink in the table, good for mutable titles):

Update 2/11/07: Just to clarify, this plugin won’t keep your Rails site running on Dreamhost if the sum of all your running processes exceeds 200MB (which is when their process monitor kills your processes). Run ps aux and sum the VSZ column and then divide by 1024. If you’re pushing the limit and are only running one Rails site you may want to look at another provider. If you’re running multiple Rails sites, run each site under a different user (one account can create many users).

Per Thomas Aylott’s suggestion on my previous post Keeping Rails Running at Dreamhost Part 2 I’ve decided to release my Dreamhost signal handling code as a Rails plugin. I’m using it on a Rails 1.2.1 site and a Rails 1.1.6 site.
END_OF_DOCUMENT_TOKEN_TO_BE_REPLACED